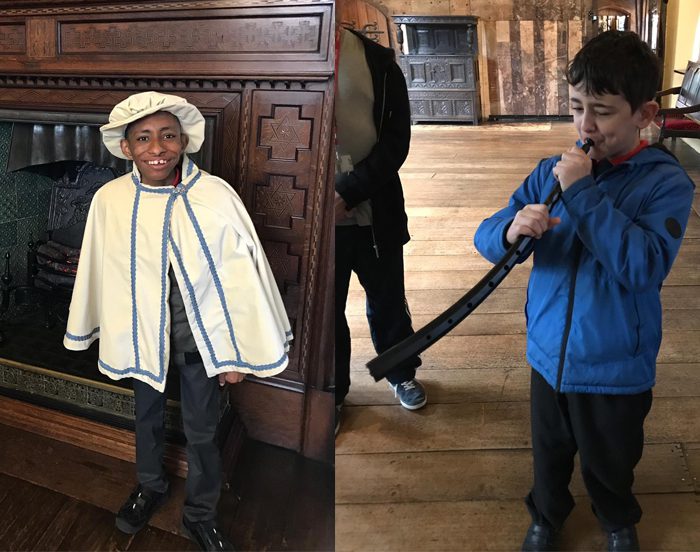 Melland students who are studying Othello, have been lucky enough to take part in trips to Bramall Hall this week. They were guided around the hall to enrich their understanding of the tudor era as part of their English project about the William Shakespeare play, Othello.  Some of talented pupils will be performing Othello alongside other BFET academies as part of this years Shakespeare Schools Festival.

Bramall Hall is a wonderful place to visit, full of rooms which amazed the students, along with stories of the rich and poor from 500 years ago. All the students took part in learning about religion at the time, they became part of a tudor band playing instruments from a very long time ago, they also learned about potions and medicines and even made their own nose gay! They were able to get a unique insight into the families and servants who lived and worked there in the 70 acres of parkland.

Thank you to everyone at Bramall Hall who made the whole visit so personal to our students.

Mrs Harrison and the pupils sent the team at Bramall Hall a really heartfelt thank you letter as they made a really a big effort to personalise the visit. They also invited the staff to Z Arts in November to watch their performance of Othello. Principal Sue Warner wishes to say a really big thank you to Mrs Harrison and her team for all their hard work and dedication in organising these hugely successful visits.