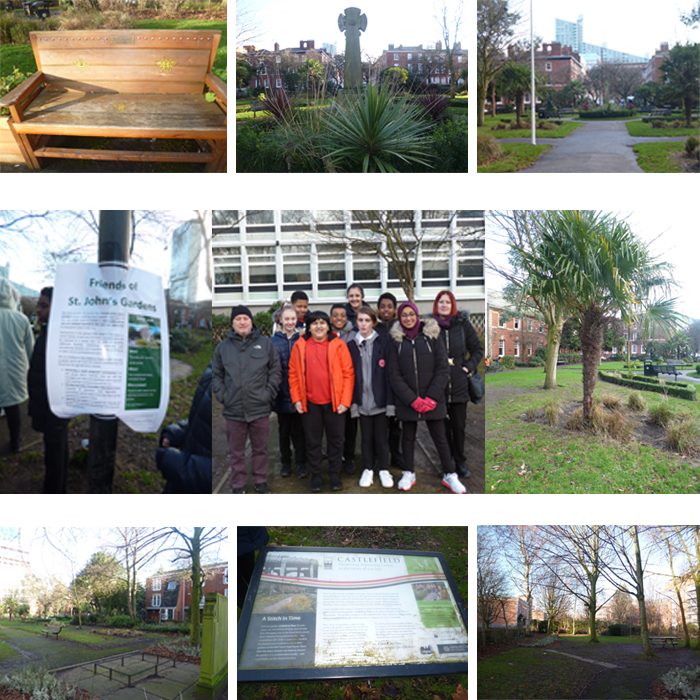 As part of the Global Scholars Program we are studying the topic of ‘Nature in our Cities’. We are looking at the different Flora and Fauna that can be found in our city. Some major world cities such as New York and London have huge public parks in the centre of them.

We in Manchester have a few small parks. Therefore, the students decided they would like to visit St John’s Gardens in central Manchester. They took photos and discussed the different types of flora found in the park.

They were intrigued to find out that it was previously occupied by St John’s Church and its graveyard whose tombstones have been covered over by 18 inches of soil except for that of John Owens, founder of Owen’s College, which later became Manchester University.

The garden was awarded a Green Flag in 2012 and is part of the St John Street conservation area.