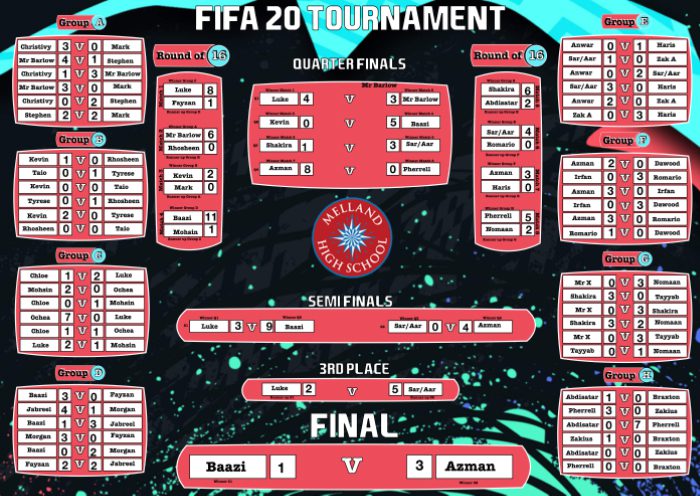 Over the past 3 months students at Melland High School have been competing in a FIFA 20 tournament on the PS4. The format was similar to the world cup with player being drawn into groups and needing to come 1st or 2nd in their respective group to advance.

Then it was down to the knockout stages, last 16, quarter final, semi-final and then final. Over the course of the competition 65 matches were played and over 230 goals scored.

It wasn’t always clear who would get through to the final but in the end it came down to two sixth form students, Azman and Baazi. The friends had a very competitive match and the final result was 3-1 to Azman.

A huge thank you to all the staff that went out of their way to support the tournament, especially Mr Morgan and Mr Saddoo for letting us use the multimedia studio and the lunchtime organisers for being so flexible.