Students Join the Protest for Climate Change
Back to article list 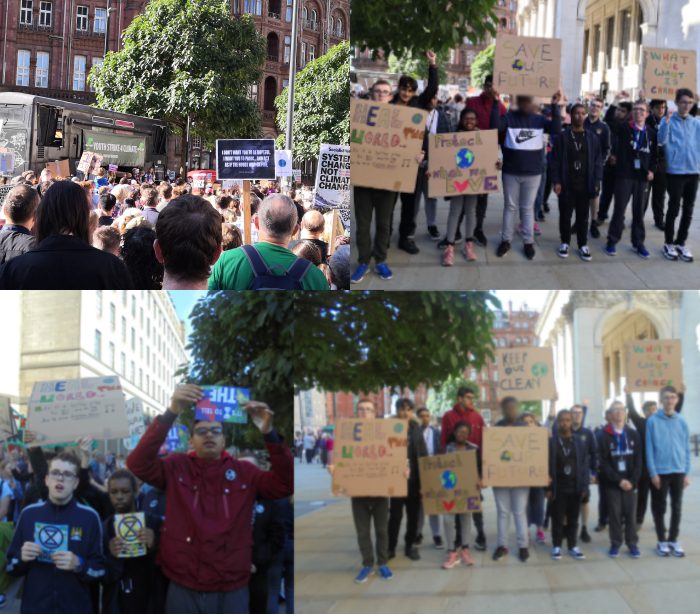 Friday 20th September a group of our sixth formers took to the streets in protest, joining millions of students all over the world to be part of ‘climate strike day’ in what will go down as a historic day of action in support of the climate change agenda.

Armed with homemade placards, loud voices and determination, our students marched through Manchester to join thousands of others gathered in St Peters Square to make their voices heard.

The Sixth Formers represented Melland fantastically throughout the morning and took the crowds and noise in their stride as well as making some noise themselves. Not only did they impress us but they also made their mark on the protest by attracting attention from the local media and giving an interview to the BBC. Special mention to Marshall Collins who spoke to the camera with such enthusiasm and confidence about the issues that young people face. Watch this space for the interview piece!