A1 Group Perform live for BFET Principals
Back to article list 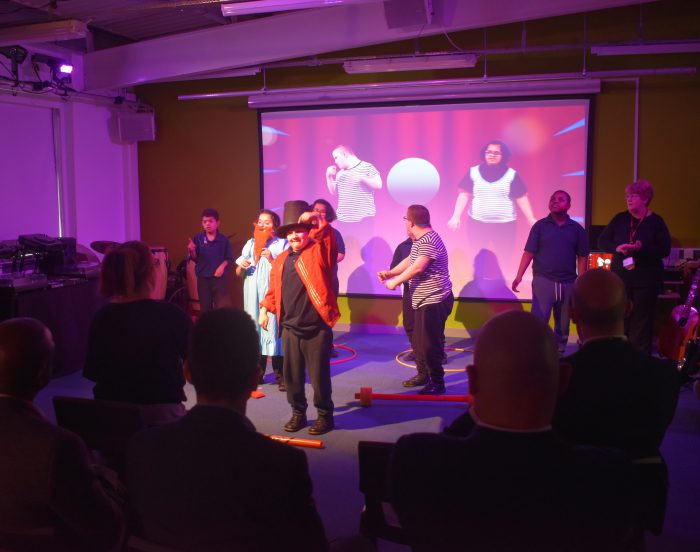 This week Melland students from the A1 group showcased their developing communication and signing skills for the BFET Executive Team and our BFET Principals in the high tech Melland Multimedia Studio.

Teaching staff supported the students in creating a spectacular visual treat as the backdrop during their live performance in which they were seen juggling, walking the tight rope, lifting impossible weights at the same time as signing to the song ‘This is Me’ from the Greatest Showman. All the pupils took on characters from the film and gave them their own individual interpretation.

The students and staff have worked incredibly hard and barring a few nerves we think it was a fantastic performance.

Melland are part of the 2 year national pilot developing the ‘Semi-Formal Curriculum with ‘Equals’ which aims to improve pupils communication, health and wellbeing, confidence and independence as well as working on the core domains of functional numeracy, literacy, PSHCE, physical well-being, drama and humanities.