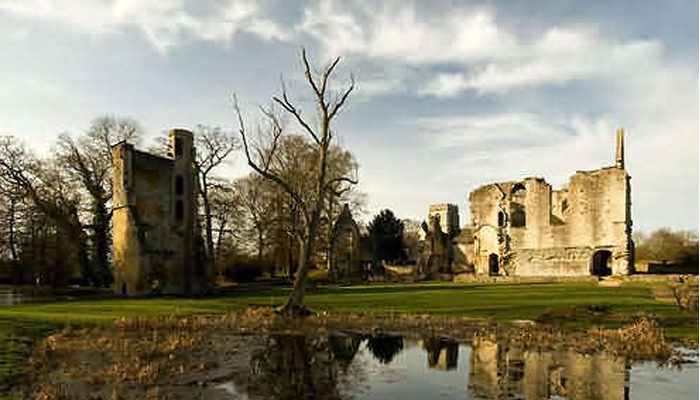 This year’s Christmas production on the 17th December will be an adaptation of an ancient English ballad called the Mistletoe Bough. It is the grisly tale of a young bride on her Christmas wedding day who plays hide and seek. The whole party search high and low through the castle to find her. Months later her new husband, Lord Lovell, is still searching the premises, but in vain. As the years pass he becomes a figure of pity among the local children. Only after the passing of many, many years is there discovered in a forgotten room in a forgotten tower an oak chest, and inside it, the skeleton of a young woman dressed in bridal clothes, still holding her wreath. It is an authentically macabre English folk song, but we felt it needed cheering up a little, so our production will have a twist to give it a more uplifting ending. I did wonder if it might not be more sensible to begin with a story that was a bit more cheerful in the first place, but as it transpires, a surprising family connection now convinces me I was right to stick with Plan A.

In the course of looking for suitable Youtube videos to introduce some of the cast to the story I came across a short documentary about the ballad, in which it turns out that the story originates from an Oxfordshire village called Minster Lovell, from where it has spread round the country. This came as something of a surprise, as I have done quite a lot of background on the ballad in the course of preparing the production. The reason I was so surprised is that the big house at Minster Lovell, the replacement for the ruin in the picture where the story is set, was the very same house where my great grandfather worked as head gardener during the thirties and forties, and where my father was a frequent guest during his early childhood. The production will be staged on the morning of Thursday 17 December in the theatre here at Melland High School. In the spirit of family connections you are warmly encouraged to attend and lend your magnificent support to the actors and musician who will be performing.